Sufism Purifying the Soul and the proofs from Quran and Sunnah

Sufism – Purifying the Soul and the proofs from Quran and Sunnah

Allah SWT tells us in the Qur’an, in Surah Tawbah 9:103, that charity causes the heart to be purified. Charity extinguishes the sins as water extinguishes fire. And the word Zakah, which is one of the five pillars of Islam, literally means purification. So we must give Zakah and charity in order to engage our hearts in righteous actions. At the same time, abstaining from indecent actions and sins also lead to the purification of the heart. When one seeks repentance from sin, the heart is released from contamination, and the strength of the heart emerges.

In a nutshell: Sufism is not a sect but are 100% Sunni Muslims, but it is a classical Islamic science of the understanding how the soul needs Allah through extra Ibadaah-worship and learning, better 'adaab-manners and Love in all our actions, its the science of learning Ihsan-excellence in very moment and every action we do with the best of clean Intentions to please Allah and not our egos to show off or pleases others with our actions.

Allah (S.W.T) says in the Noble Qur'an after He swore several times in surat Ash-Shams, (Verses 9&10), what can be translated as, "Indeed he succeeds who Zak-Kaha purifies his ownself, and indeed he fails who Das-Saha corrupts his ownself."

Imam Ibn Katheer says: "This verse means: He who purified his soul obeying Allah (S.W.T), and purified it from vices and bad manners, he succeeded. And he who corrupted it by immersing it in sins and disobeying Allah (S.W.T), he utterly failed." This verse was also interpreted by Ibn Abbas (R.A.). He said: "He whom Allah (S.W.T) purified his soul, he succeeded, and he whom Allah (S.W.T) corrupted his soul, he failed utterly." The prophet (S.A.W.) frequently used to say in his supplication: "Oh Allah! Grant me the sense of piety and purify my soul as You are the best to purify it, You are its Guardian and its Master…" {Reported by Imams Muslim and Ahmad}

Allah (S.W.T) also said in surat Al-A'la, (Verse 14), what can be translated as, "Indeed whosoever purifies himself shall achieve success." which means he purified his soul from the evil morals and followed what Allah (S.W.T) revealed to His prophet (S.A.W.).

Purifying the souls of people was one of the most important tasks of the great messengers including the prophet Muhammad (S.A.W.). Allah (S.W.T) described him in surat Al-Baqarah, (Verse 151), what can be translated as, "Similarly We have sent (Muhammad) of your own, reciting to you Our verses and sanctifying you, and teaching you the book and Al-Hikmah…"

Also Allah (S.W.T) said in surat Al-Emran, (Verse 164), what can be translated as, "Indeed Allah conferred a great favor on the believers when He sent among them a messenger from among themselves, reciting unto them His verses, and purifying them …" He (S.A.W.) purifies them with what is revealed to him. He purifies their convictions and their conduct because man's life in this world and his destiny in the Hereafter do not succeed with knowledge only; rather there has to be purification.

"Taz-ki-yah": Linguistically, it means spiritual cleansing, growth, and blessing. Based on this, purification from the Islamic perspective means cleansing the soul from corruption, and growing it with the belief in Allah, and by doing good deeds and refraining from doing evil so that the soul will be blessed in this world and in the Hereafter.

The purified soul is the one that is purified according to Allah's legislation and deserves all the beautiful traits in this world and the great rewards in the Hereafter.

"Tad si yah" (Corruption) is the opposite of "Taz-ki-yah" (purification) because corruption makes the soul filthy with sins and disobeying Allah (S.W.T). So, the soul deserves all the bad traits in this world and the severe punishment in the Hereafter.

The Noble Qur'an proclaimed that man success depends on purifying his soul, and that failure is the result of corrupting the soul. Allah (S.W.T) swore to confirm this reality several times; the fact that shows its seriousness.

In another Hadith, the prophet (S.A.W.) told us that the immediate reason for the righteousness or the corruption of the heart is the way it deals with sins that confront it. If the heart accepts those sins and embrace them, a dark spot is left behind in the heart. If the heart rejects those sins, a bright spot is left behind. The prophet (S.A.W.) said: "Trials are presented to the hearts like a mat, one stick at a time. If any heart accepts it, a dark spot is left in it. If any heart rejects it, a bright spot is left in it. Consequently, the hearts become two types: Bright heart like the Safa that gets no harm from any sin as long as the skies and the earth exist, and a dark heart that does not know any good deed and does not reject any evil unless it is from its whims and desires." {Reported by Imam Muslim}

This is confirmed in the Noble Qur'an: Allah (S.W.T) said in surat Al-Mutaffifeen, (Verse 14), what can be translated as, "Nay! But on their hearts in the raan (covering of sins and evil deed) which they used to earn."

In an authentic hadith reported by Imam At-Trmizi that the prophet Muhammad (S.A.W.) said: "When a person commits a sin a dark dot is dotted on his heart. Then if that person leaves that evil deed, begs Allah to forgive him, and repents, then his heart is cleaned, but if he repeats the evil deed, then that covering is increased till his heart is completely covered with it, and that is Ar-Raan which Allah mentioned (in the Qura'n)…" Be careful! All our convictions and our deeds have direct influence on our hearts to the extent that those convictions and those deeds will either purify the hearts or kill them or make them sick.

The heart was made by Allah (S.W.T) to be the place for reasoning, contemplation, peace, calm, belief, pity, mercy. Allah (S.W.T) says about the Non-believers in surat Al-A'raf, (Verse 179), what can be translated as, "…They have hearts wherewith they don’t understand…"

Allah (S.W.T) also said in surat Muhammad, (Verse 24), what can be translated as, "Do they not then think deeply in the Qur'an, or are their hearts locked up?"

Allah (S.W.T) also said about the believers in surat Al-Fath, (Verse 4), what can be translated as, "He it is Who sent down As-Sakinah (tranquility) into the hearts of the believers."

Allah (S.W.T) also said in surat Al-Hadid, (Verse 27), what can be translated as, "…And We ordained in the hearts of those who followed him (Jesus) compassion and mercy…"

Allah (S.W.T) said in surat Ash-Shu'ra', (Verses 88 & 89), what can be translated as, "The day whereon neither wealth nor sons will avail, except him who brings to Allah a clean heart.'

Allah (S.W.T) said in surat Qaf, (Verse 33), what can be translated as, "…And brought a heart turned in repentance (to Allah)." And there are many other verses that describe the hearts and their tasks.

Allah (S.W.T) describes the Noble Qur'an that it is a cure and healing for heart sicknesses:

Allah (S.W.T) said in surat Al-Esra', (Verse 82), what can be translated as, "And We send down from the Qur'an that which is a healing and a mercy to those who believe…"

Allah (S.W.T) also said in surat Yunus, (Verse 57), what can be translated as, "…There has come to you a good advice from your Lord (the Qur'an) and a healing for that in your breasts (the heart)…"

The diseases that afflict the hearts are two:

1- Diseases of doubts: A man may be afflicted with one that is in the roots of the Deen or its branches. The Noble Qur'an clarifies these doubts and eliminates them for everyone who has the correct understanding and belief. If these diseases persist in the heart, they corrupt its vision.

2- Diseases of whims and desires: A man may be afflicted with one desire that Allah (S.W.T) tests him with. This desire may dominate and control the heart. In the Noble Qur'an, there is a cure for this disease for everyone who has the correct understanding and belief. If this desire settles in the heart, it will destroy it.

Both of these diseases are behind the corruption of the hearts. With their corruption, people get corrupted, and with the people's corruption, the society gets corrupted. Life is then transformed to a life of misery and hardship. At this point, there will be failure in this life and in the Hereafter.

So what are the means and practical ways that help purify the souls. ..???

Allah SWT tells us in the Qur’an, in Surah Tawbah 9:103, that charity causes the heart to be purified. Charity extinguishes the sins as water extinguishes fire. And the word Zakah, which is one of the five pillars of Islam, literally means purification. So we must give Zakah and charity in order to engage our hearts in righteous actions. At the same time, abstaining from indecent actions and sins also lead to the purification of the heart. When one seeks repentance from sin, the heart is released from contamination, and the strength of the heart emerges.
One of the Best English texts that can be purchased is – 'Realities of Sufism (Shaykh 'Abd al Qadir Isa) Book' Highly recommeded
http://www.islamicbookstore.com/b10779.html

The Four Poisons of the Heart
From the works of Ibn Rajab al-Hanbali, Ibn al-Qayyim al-Jawziyya, and Imam Ghazali
http://www.sunnah.org/tasawwuf/poisons_of_heart.htm

Purification of the Heart
From the works of Ibn Rajab al-Hanbali, Ibn al-Qayyim al-Jawziyya, and Imam Ghazali
http://www.sunnah.org/tasawwuf/hearts.htm

Purification of the Heart:
Alchemy of the Heart: Shaykh Muhammad Maulud -Translated into English by Shaykh Hamza Yusuf

Purification of the Heart : Signs, Symptoms and Cures of the Spiritual Diseases of the Heart : Translation and Commentary of Imam al-Mawlud's Matharat al-Qulub (Shaykh Hamza Yusuf)

Tasawwuf – Purification of the Soul
http://www.sunnah.org/tasawwuf/index.htm

99 Names of Allah and Benefits 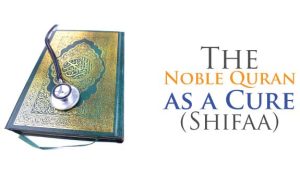 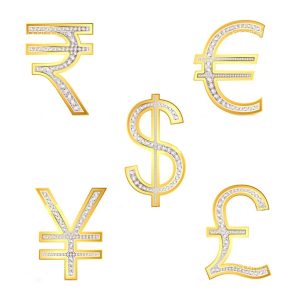